Here is a review of Trigger I wrote for the queer women’s site Queeriesmag.com (which sadly is no more).

A touching tribute to friendship. 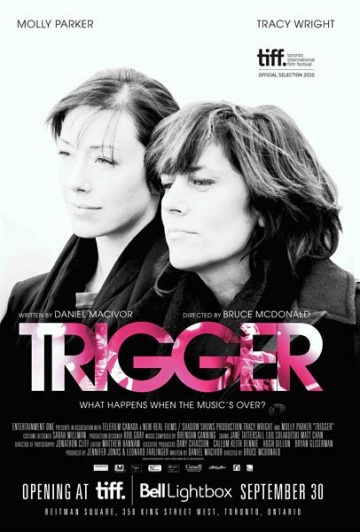 Trigger is Thelma and Louise Canadian style: which means no cars, no guns, no Brad Pitt and no Grand Canyon. Just two friends coming together for a meal after many uneasy years apart and embarking on an understated adventure into each other’s minds and hearts.

Trigger’s deck is stacked, and I will admit I went into it already biased by my fondness for the many people, places and things that make up this film. You’ve got your indie Canadian flick set against a Toronto Riot Grrrl-esque backdrop, starring two incredible actors — Molly Parker (Deadwood) and Tracy Wright (Me and You and Everyone We Know). The screenplay was written by Daniel MacIvor (Whole New Thing), it was directed by Bruce McDonald (Hard Core Logo), and it features a long list of great cameos, including Degrassi stars, Sarah Polley and Don McKellar. I can’t resist a good Can-con love-in, but my grand expectations could have just as easily resulted in a big letdown. Lucky for me, Trigger makes good and lives up to the potential promised by the cast and the crew.

Kat (Molly Parker) and Vic (Tracy Wright) used to be in the band Trigger — and they used to rock. Though it’s not entirely clear why the band dissolved, it’s fair to assume addiction didn’t help. With an upcoming tribute show for Trigger in the works, the optimistic, expensive-sweater-wearing Kat returns from her well-to-do life in LA and reunites with Vic, a 12-stepping curmudgeon who maintains her indie cred on the Toronto scene. Their tumultuous love/hate relationship is apparent right from the start as they feel their way around each other’s guarded incarnations, tentatively searching for the place where their true friendship remains.

In trying to rekindle things, it’s their words that offer connection. Plenty of lip service is given to their never-ending struggles to stay clean as they reveal fears about death and illness, whinge about aging, take stabs at defining love — heck, they even talk about snowshoeing. They cover all the big stuff, managing to make it seem real and meaningful without making it heavy or inaccessible.

Parker and Wright bring depth and realness to the conversations. Their nuanced and relaxed performances make both of their characters human and believable, and together they effortlessly make this film. Though much credit goes to Wright and Parker for their incredibly raw and generous performances, a steady round of applause should also go to MacIvor, for providing just over an hour’s worth of compelling dialogue, and for writing a screenplay that manages to break the “Bechdel Rule”.

It’s refreshing to see a director trust his actors as completely as McDonald does. So much so that he has Wright slowly and painfully retell a story of hitting rock bottom while showing only a close-up of her face, trusting that she can pull off the emotion and make it engaging solely on her delivery and expression. You can vividly picture the story Vic tells. No flashbacks here — things are kept present and intimate in a way that is generally reserved for plays.

However, the real joy of Trigger is in the interaction of its two leads. It’s a total pleasure to see Parker and Wright come together on screen. They share a beautiful chemistry, bringing a truly believable dimension to their characters. For fans of queer subtext, Kat shoots Vic looks of wholehearted love that are devastatingly tender and easily give way to interpretation, should you be so inclined. After all, at its core Trigger is a love story — a love letter between two friends who share a long and complicated history. 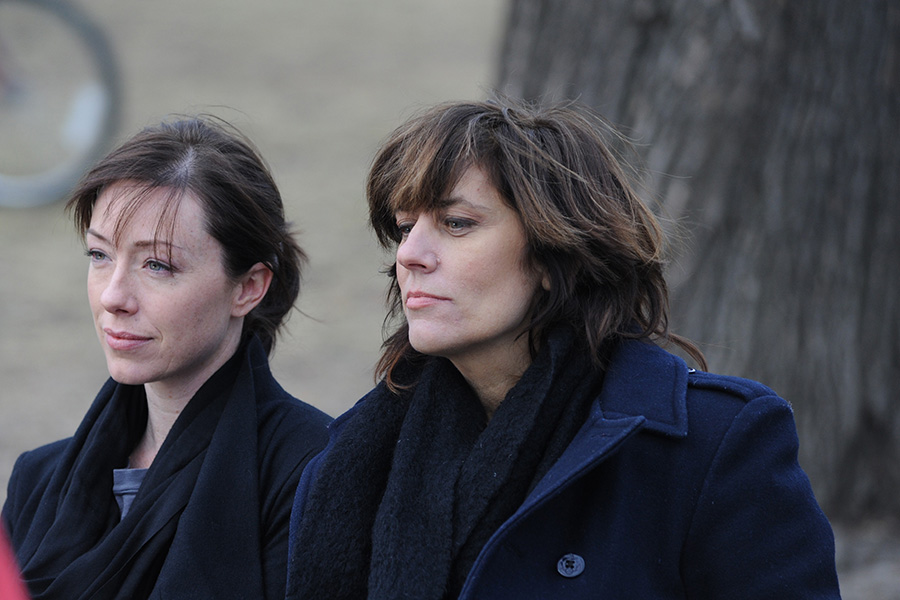 The journey truly is the destination in this nostalgic, sauntering story. Kat is looking for herself in Vic, and Vic is a reluctant tour guide on this quest of self-discovery. But as Parker softens Wright’s edges, the two simultaneously find themselves while remembering themselves. It’s sweet and poignant, funny and insightful… easily making it one of my favourite films this year.

Sometimes we don’t expect much depth from our cinema. We look to the big screen for entertainment, escapism and distraction. In the summer blockbuster season, it can be especially easy to forget that film can also be a transformative experience in a quiet, personal, but profound way. If you’re open to film as contemplation, Trigger is a touching tribute to friendship that will stay with you long after the credits roll.

You can watch the trailer here: