This is one of the first pieces I did for the queer women’s site Queeriesmag.com (which sadly is no more) back in 2010. It’s an interview with 100 Butches illustrator Elisa Lim. 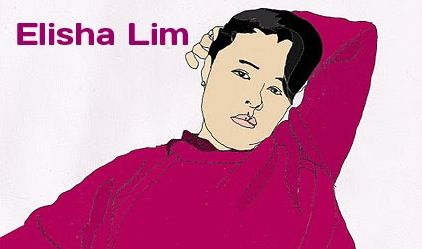 According to illustrator Elisha Lim’s series 100 Butches, butches can look any way they please. An exciting thought for the many gender queers who identify as butch but want to shake up expectations of what that means. Elisha hopes this 100 Butches series can help revive and expand the butch category and offer some middle ground for folks to call their own.

Elisha was born and raised in TO, but has also called Singapore, Germany, Australia and the UK home. When I ask Lim how the Toronto scene differs Elisha explains, “[In] London and Berlin I was part of a transgender movement, which was a great way for me to say, ‘Please don’t call me maam,’ but here in Toronto it’s the very amount of diversity in the scene that can result in stricter categories. Toronto lacks a flexibility that I crave and miss.”

Elisha is bending those categories with her beautiful portraits of glorious in-betweeners. They take the form of unconventional comics, which Lim prefers to call “decorated stories.” They feature a loose drawing style, splashes of colour and text that tells a personal story or anecdote about the person depicted. They often read as crush confessionals.

In 2006 Lim started the 100 Butches series in hopes of creating work that the UK lesbian publication Diva might consider printing. What Elisha ended up creating has taken on a life of its own. People are hungry for her lovingly depicted images of handsome butches.

Lim’s illustrations and comics have appeared in Xtra, No More Potlucks, Bound Magazine and Shameless magazine, and Elisha’s work is set to grace the cover of Arsenal Pulp Press’ upcoming anthology Persistence: All Ways Butch and Femme.

Now Lim is shopping around a book-ready collection of butches. This will compile the first half of the 100 Butches series, which was brought to the stage this year in Michelle Tea’s travelling literary show Sister Spit.

Elisha took to the road with the Sister Spit show in April 2010. When asked how drawings were adapted to a live show Lim explains that they “projected the comics on a screen, read them with great animation and dressed fabulously.”

If you’re wondering what dressing fabulously might look like for Lim, you need only sneak a peek at the new The Illustrated Gentleman calendar (based on a series by the same name), where Lim explores queer women’s masculinity in the context of men’s fashion.

Lim has self-published a full-colour pinup calendar full of handsome, well-dressed queers and shares with enthusiasm, “I’m obsessed with men’s fashion; I’m fascinated by the little details that make me more handsome, more striking and more coordinated in a masculine way. I would love to learn more about the alchemy of men’s fashion, and I love to do it in a decorated queer environment.”